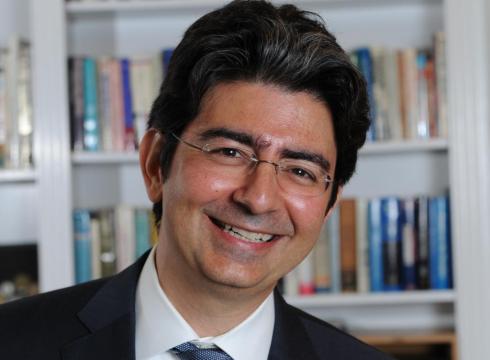 An Early Start in Technology

Business figure, entrepreneur and philanthropist Pierre Morad Omidyar was born on June 21, 1967, in Paris, France. Unlike many other high-tech entrepreneurs, Omidyar didn’t set out to become an Internet tycoon. He moved to Maryland as a child when his father accepted a residency at Johns Hopkins University Medical Center. He wrote his first computer program at age 14, to catalog books for the school library.

He graduated from Tufts University in 1988 with a degree in computer science and went to work for a company that developed Macintosh software. Later, he worked for the Apple subsidiary Claris and then helped start a software company in 1991 called Ink Development Corp. The company later changed its name to eShop and was purchased by Microsoft in 1996.

EBay, the multi-billion dollar online auction company that changed e-commerce, all started in the summer of 1995. Omidyar created code for a page called Auction Web on his personal website, letting people list items for auction.

To his amazement, the site attracted so many buyers and sellers that he soon had to set up a separate site devoted to auctions, which he dubbed eBay. By charging between 25 cents and $2 to sellers for posting their auction notice, and taking a small percentage of the sale, the company made money simply by setting up a place for buyers and sellers to meet.

Omidyar was by this time working for General Magic, an Internet phone venture backed by Apple. However, by then his auction site was growing by leaps and bounds. Nine months after the company’s first auction launched, he quit his day job to devote himself full time to eBay.

In May 1998, Omidyar was named eBay’s chairman, at which time he announced the appointment of Meg Whitman as president and chief executive officer. EBay continued to thrive under the direction of Whitman, who expanded the company’s services through new site launches (in Australia, Canada, Germany, Japan and the United Kingdom), acquisitions and joint ventures.

By the end of 1998, the eBay boasted 2.1 million members and generated $750 million in revenues, enough business to attract the attention of e-commerce giant Amazon.com, which started running its own auctions in 1999. Smaller auction sites have joined the fray, as have conventional marketers like clothing companies, who started offering auctions on surplus products. So successful did the online auction site become that some industry observers predicted that Internet auctions would become the dominant e-commerce model in the future.

In January 2000, Omidyar accepted his first board position outside of eBay. He joined the board of directors of ePeople, an online marketplace for technical support. He later started the philanthropic firm Omidyar Network. With an avowed interest in journalism, he also launched First Look Media in collaboration with Glenn Greenwald, the former Guardian reporter who published government documents leaked by the National Security Agency’s Edward Snowden. The company’s first online publication appeared in early 2014, The Intercept. The venture stresses “the fundamental importance of a free and independent press” for a democratic society, according to Omidyar in a statement.

Omidyar is wed to Pamela Wesley, with the couple having three children.