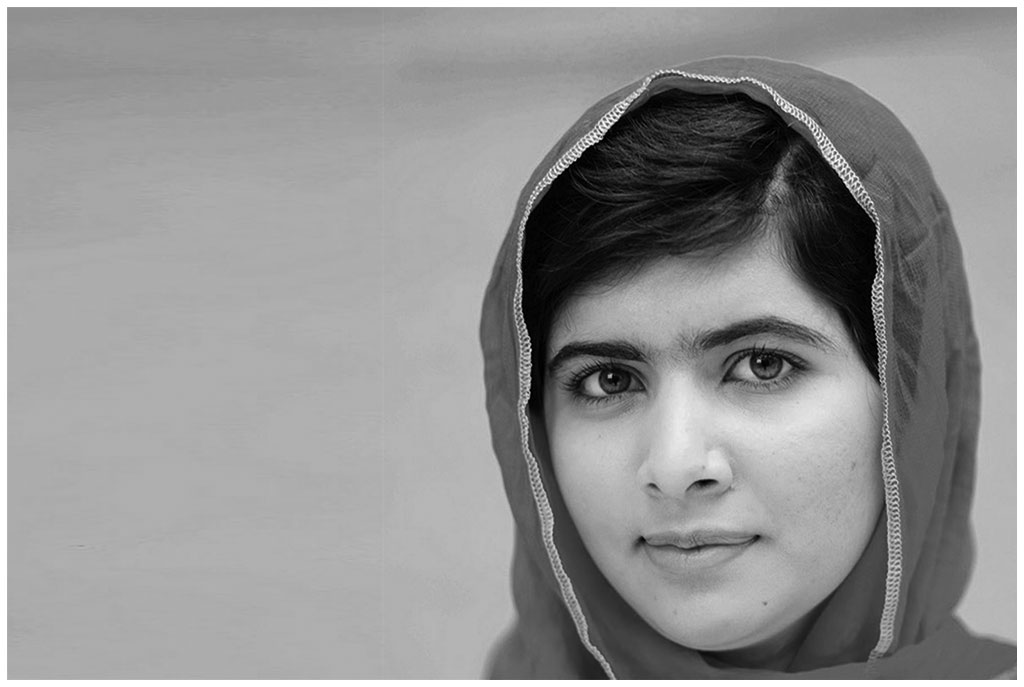 As a young girl, Malala Yousafzai defied the Taliban in Pakistan and demanded that girls be allowed to receive an education. She was shot in the head by a Taliban gunman in 2012, but survived.

On July 12, 1997, Malala Yousafzai was born in Mingora, Pakistan, located in the country’s Swat Valley. For the first few years of her life, her hometown remained a popular tourist spot that was known for its summer festivals. However, the area began to change as the Taliban tried to take control.

Yousafzai attended a school that her father, Ziauddin Yousafzai, had founded. After the Taliban began attacking girls’ schools in Swat, Malala gave a speech in Peshawar, Pakistan, in September 2008. The title of her talk was, “How dare the Taliban take away my basic right to education?”In early 2009, Yousafzai began blogging for the BBC about living under the Taliban’s threats to deny her an education. In order to hide her identity, she used the name Gul Makai. However, she was revealed to be the BBC blogger in December of that year.With a growing public platform, Yousafzai continued to speak out about her right, and the right of all women, to an education. Her activism resulted in a nomination for the International Children’s Peace Prize in 2011. That same year, she was awarded Pakistan’s National Youth Peace Prize.

Targeted by the Taliban

When she was 14, Malala and her family learned that the Taliban had issued a death threat against her. Though Malala was frightened for the safety of her father—an anti-Taliban activist—she and her family initially felt that the fundamentalist group would not actually harm a child.

On October 9, 2012, on her way home from school, a man boarded the bus Malala was riding in and demanded to know which girl was Malala. When her friends looked toward Malala, her location was given away. The gunman fired at her, hitting Malala in the left side of her head; the bullet then traveled down her neck. Two other girls were also injured in the attack.

The shooting left Malala in critical condition, so she was flown to a military hospital in Peshawar. A portion of her skull was removed to treat her swelling brain. To receive further care, she was transferred to Birmingham, England.

Once she was in the United Kingdom, Yousafzai was taken out of a medically induced coma. Though she would require multiple surgeries—including repair of a facial nerve to fix the paralyzed left side of her face—she had suffered no major brain damage. In March 2013, she was able to begin attending school in Birmingham.

The shooting resulted in a massive outpouring of support for Yousafzai, which continued during her recovery. She gave a speech at the United Nations on her 16th birthday, in 2013. She has also written an autobiography, I Am Malala: The Girl Who Stood Up for Education and Was Shot by the Taliban, which was released in October 2013. Unfortunately, the Taliban still considers Yousafzai a target.

Despite the Taliban’s threats, Yousafzai remains a staunch advocate for the power of education. On October 10, 2013, in acknowledgement of her work, the European Parliament awarded Yousafzai the Sakharov Prize for Freedom of Thought. That same year, she was nominated for a Nobel Peace Prize. She didn’t win the prize, but was named a nominee again in March 2014. In August of the same year, Leanin.Org held a live chat on Facebook with Sheryl Sandberg and Yousafzai about the importance of education for girls around the world. She talked about her story, her inspiration and family, her plans for the future and advocacy, and she answered a variety of inquiries from the social network’s users.

In October 2014, Yousafzai received the Nobel Peace Prize, along with Indian children’s rights activist Kailash Satyarthi. At age 17, she became the youngest person to receive the Nobel Peace Prize. In congratulating Yousafzai, Pakistani Prime Minister Nawaz Sharif said: “She is (the) pride of Pakistan, she has made her countrymen proud. Her achievement is unparalleled and unequaled. Girls and boys of the world should take lead from her struggle and commitment.” U.N. Secretary-General Ban Ki-moon described her as “a brave and gentle advocate of peace who through the simple act of going to school became a global teacher.”

For her 18th birthday on July 12, 2015, also called Malala Day, the young activist continued to take action on global education by opening a school for Syrian refugee girls in Lebanon. Its expenses covered by the Malala Fund, the school was designed to admit nearly 200 girls from the ages of 14 to 18. “Today on my first day as an adult, on behalf of the world’s children, I demand of leaders we must invest in books instead of bullets,” Yousafzai proclaimed in one of the school’s classrooms.

That day, she also asked her supporters on The Malala Fund website: “Post a photo of yourself holding up your favorite book and share why YOU choose #BooksNotBullets – and tell world leaders to fund the real weapon for change, education!” The teenage activist wrote: “The shocking truth is that world leaders have the money to fully fund primary AND secondary education around the world – but they are choosing to spend it on other things, like their military budgets. In fact, if the whole world stopped spending money on the military for just 8 days, we could have the $39 billion still needed to provide 12 years of free, quality education to every child on the planet.”

In October 2015, a documentary about Yousafzai’s life will be released. HE NAMED ME MALALA is directed by Davis Guggenheim (An Inconvenient Truth, Waiting for Superman) will give viewers an intimate look into the life of Malala, her family, and her commitment to supporting education for girls around the world.