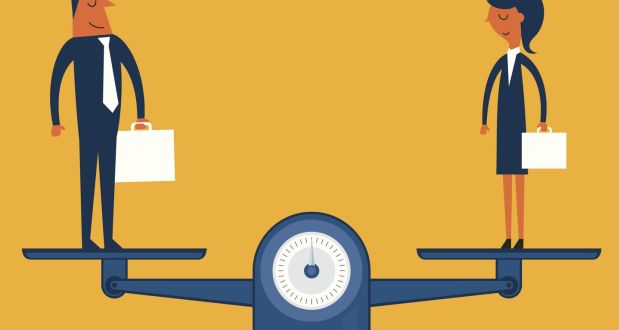 Around the world Women have to work twice as hard to land jobs opportunities while face discrimination. Whether the problem emanates from socio-cultural situations or deep-rooted values that confine women as mothers and only mothers, the problem remains across the world.

The impact however is much more severe, when it comes to developing countries like Ethiopia. And there are measures that were and are being taken to combat this issue, from educating rural households to correcting legislative issues and affirmative actions, however not much has changed as the problem is layered and is constantly changing forms. One of these problems is the gender pay gap. The gender pay gap refers to the difference in earning between the genders(men and women).

In the Ethiopian context, it is illegal for an employer to differentiate pay based on gender, ethnicity or religion. Despite this fact  the laws lack other qualities that may entail indirect negative impacts on women’s working condition. For instance, Proclamation No. 42/1993 (and hence its direct copy: Proclamation No. 377/2003) harms the occupational security of workers that would have been ensured by Labor Proclamation No. 64/1975, had it not been repealed. On the other hand, some labor legislations have failed to achieve the desired objectives due to loose enforcement and ineffective implementation

In addition to this, according to the Ministry of Women’s Affair (MOWA) women make 86% less than what men earn. This is mainly because of the career stream women are mainly engaged in as opposed to their counterpart, men tend to be engaged in mainstream jobs while women tend to have informal jobs where fixed pay or employer are a rarity. This trend in turns, has been influenced by the roles expected of Ethiopian women that restrict them to being natural care-givers. Where men are more likely to be doctors’ women become nurses. While there is nothing wrong with women choosing to engage in these career streams, there is a problem with limiting over 51% of the population to a limited number of careers. In the end everyone is at a disadvantage.